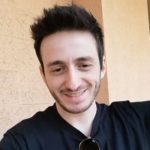 Drjayfisto’s family moved to Germany when he was five years old. He started playing World of Warcraft (WoW) during Vanilla right before the release of The Burning Crusade. Although he spent his first few years maining Rogue, he is now known for his Mage mastery, as he consistently Ranks 1 every season on the EU ladder.

He started streaming on Twitch on February 2, 2017 and he and his team, PogChamp, joined Method in May 2018.

Drjayfisto is estimated to have ~3,800 subscribers, and an average viewership of ~1,500. This should earn him at least $13,300 USD per month, excluding additional income from tiered subscriber, donations, Twitch cheer bit contributions, advertisements, team salary, sponsorships, and coaching fees.

His family moved to Germany when he was five years old.