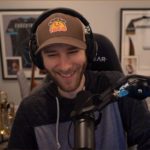 He has a girlfriend, three cats and is close to his parents.

He says that he cannot reveal the origin of his user handle for ‘legal reasons’. Although, he does state that it is completely unrelated to the ice-cream.

Although he had grown up playing video games, chocoTaco feels that he on really started really playing video games competitively when he was in eighth grade and started playing Counter-Strike when he was in ~7th grade. He then moved on to Defense of the Ancients (DotA) in high school. It was only when Dota 2 was released that he completely focused on that game. However, even during that period, he was still mainly playing for fun with his friends. Nevertheless, he still managed to rank in the top 30 on the North and South American ladder.

Although chocoTaco has always been interested in becoming a streamer, he felt that it might be too difficult for him to succeed. However, when PUBG was released, he fell in love with it and completely stopped playing Dota 2. He was soon ranking at first place on the leaderboards and managed to maintain this for a few seasons. This made him realize that this was the perfect opportunity for him to attempt opening a streaming channel, which he did in June 2017. He self-promoted on several forums and quickly succeeded in gathering a significant following so quickly that he was already earning enough money to justify quitting his regular job by November 2017.

chocoTaco then signed on with TSM in March 2018 as part of their stream team.

According to his Twitch overlay, chocoTaco has over 11,940 subscribers, thereby putting his base monthly income at around $41,800 USD per month. This is before taking int o account the further income that he receives from other sources including his tiered subscribers, merchandise sales, team salary, advertisements, sponsorships, Twitch cheer bit contributions and donations. He has received over $91,365 USD from his top 20 donators alone..