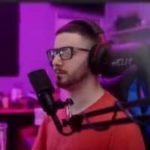 After high school, chiknnuggey went on to work as a dishwasher, followed by a cashier, manager of the frozen grocery department and then in video production. However, he was miserable in his role as a video producer for Faze, despite the good pay. So, he talked to his girlfriend and agreed that he would have one year to attempt to make streaming into a fulltime career, even though he had never streamed before.

Prior to getting into Apex Legends upon its release in February 2019, he was maining and put in about 700 hours in CS:GO. Before that he was a trick-shotter in Call of Duty. However, it was only with Apex Legends that he decided to really take the game seriously and study it properly.

Chiknuggey took his first stab at streaming Apex Legends in Twitch in May 2019 but stopped after three months after losing interest in the game. He returned and quit Apex several times.

He then started uploading to his current YouTube channel on January 9, 2021 and began streaming on Twitch in January 2021 and grew pretty quickly, thanks largely to the fact that he already had experience with building up his first YouTube channel to 6,000 subscribers before he lost interest. He had originally hoped to go pro, but after a few failed attempts and 3,000 hours clocked in, he realized that this wouldn’t happen, and so decided to create educational content instead. He knew how the YouTube algorithm worked and had an idea of what would work and applied it. Fortunately, it worked, and he blew up almost overnight. He received Twitch partnership on March 21, 2021, and was signed with Dojo about a week later. He then transitioned to Ice Force eSports in May that year.

According to his overlay, chiknnuggey has around 180 Twitch subscribers. Therefore, this should minimally earn him a monthly income of $450 USD. This excludes additional revenue from other sources such as his merchandise sales, sponsorships, tiered subscribers, advertisement fees, tips, and Twitch cheer bit donations.