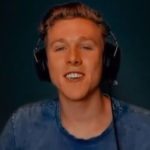 Lachlan is his older brother and they also have an older sister. He and Lachlan live with their parents and their dog, Otto.

He made it up during his RuneScape days.

Chanzes grew up playing video games with his older siblings.

Chanzes was introduced to streaming by his brother. He appeared in many of his brothers Minecraft and IRL YouTube videos and live streams over the years before deciding to attempt live streaming on his own Twitch channel in late 2018 and began uploading videos to his YouTube channel in April 2019. They still create joint content and he is currently streaming part-time while completing his university degree.
He joined Team PWR's stream team in January 2020.

He doesn’t have a set schedule, but tends to stream more frequently around new season launches and patch updates.