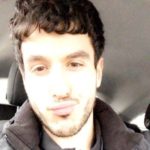 He currently lives in Rotterdam, Netherlands.

CervantesTV has been streaming on Twitch since July 2015 and as been uploading videos to YouTube in December 2015. He then went on to be an active member of the Rockets: Eclipse pro-

According to his Twitch overlay, CervantesTV has around 3,500 subscribers. As he generally averages over 500 views, his base monthly income should be at least 8,750 USD, excluding additional revenue from tiered subscriptions, donations, Twitch cheer bit contributions, advertisements and sponsorships.

He doesn’t have a set schedule, but does tend to stream for at least 6 hours a day.