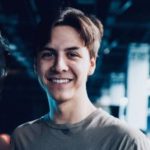 BuckeFPS began playing Fortnite the day of its release.

He started uploading Fortnite videos to YouTube for fun in May 2018 after joining the Pittsburgh Knights. He began streaming on Twitch in January 2019 and in early February 2019, he left the Pittsburgh Knights in order to switch to Apex Legends, but returned to Fortnite shortly afterwards, most likely due to Fortnite announcing their $3 million USD world cup event later that month.

He then joined Team Envy in June 2019. In May 2019, he qualified for the Fortnite world cup, thanks to the support and coaching of his dad. He ultimately placed 64th at the tournament, which earned him another $50,000 USD in addition to the $50,000 USD that he won by qualifying.

According to his Twitch chat bot, BuckeFPS has around 310 subscribers. This should generate him at least $775 USD per month, before he gets other revenue from sponsorships, tiered subscriptions, tips, Twitch cheer bit contributions, team salary, tournament winnings and advertisements. EsportsEarnings places his winnings at over $90,000 USD.