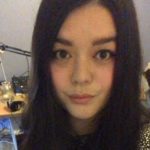 Her mother is supportive of her career choice and she has a small dog called, 'Diego.'

She chose Bububu as a name for one of her alternative characters in World of Warcraft.

Bububu was studying Economics at University before she became a fulltime streamer.

Bububu started streaming after her friends asked her to give it a shot. She enjoyed it, so she has continued with it. She occasionally plays with AdmiralBulldog and a couple of other streamers.

Her channel is not child friendly.

Bububu has ~1,200 subscribers, which should earn her at least $3,000 USD per month, excluding additional revenue from sources such as tiered subscribers, tip, sponsorships, Twitch cheer bits and advertisements.