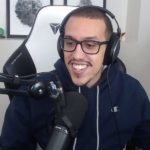 He and his wife have a daughter. They also have a cat called Kida.

He used to play basketball when he was younger and would refer to himself as ‘the young balla’ and used it as his gamer tag. Then, when he started playing CS 1.6, he became a fan of Fnatic and added ‘tw’ to the end of his tag in homage to the Fnatic players doing so.

Ballatw playd a few 8-bit PC games when he was little, with his first fps game being Duke Nukem. He then moved on to StarCraft (SC) during middle school, as his first competitive game. As he was growing up, he played SC and other games such as GoldenEye 007 against his brothers.

He began playing Counter-Strike 1.6 (CS 1.6) in 2004 with his friends in high school and the moved on to competitive LAN events in 2006. After winning his first CS LAN tournament in 2009, he moved on to Quake 3, but took then took break during college while he was completing his degree in Electrical and Computer Engineering.

In ~2012, he mained StarCraft 2 for a while, while also occasionally competing in some CS 1.6 tournaments when his friends needed an extra teammate. In 2017, he moved on to Counter-Strike: Global Offensive (CS:GO) and became heavily involved with that until he transitioned to Fortnite in March 2018. The following month, Ninja hosted his own Fortnite tournament in Las Vegas. Ballatw watched the event and realized that casting and analysis work was something that he really wanted to become involved in.

After graduating from college, he went on to work as an engineer for medical devices and then industrial manufacturing equipment for just over five years before quitting his job to pursue fulltime streaming and casting work in January 2019. He gave himself a deadline of six months in which to make his dream work out and has managed to achieve that goal.

When he first started playing Fortnite in March 2018, his friends encouraged him to stream his gameplays on Twitch, so he decided to give it a shot. As soon as he watched Ninja’s Vegas tournament, he saw the potential for Fortnite to become one of the top professional games and so decided to start working on becoming an analyst and caster for it.

When the 2018 Fortnite Pro League (FNPL) was announced, he realized that this was his opportunity to try to become noticed in the scene, and so he began his search for a duos partner. Fortunately, he and @bumpaah found each other and started competing together during the open league. Even though they were losing originally, they would analyze their gameplays so that they gradually made it further into each the game with each match. They got stuck at the top four for a while before realizing a winning strategy that managed to boost them into the Champion’s League.

The two of them decided to attend TwitchCon together, even though they weren’t clear on what that would entail. So, they continued grinding and working on their strategies from scratch. They managed to get invited to the event and went with the goal of proving themselves to the pro-community. They exceeded their expectations, as they managed to qualify for the finals.

After that, he started doing VOD reviews of pro-players games, whereby he would analyze their gameplay for educational purposes. As his popularity grew, some of the pros themselves started to come into his chat and comment along with him while he was reviewing their VODs, starting with 72hrs who responded positively to the feedback. At the next TwitchCon, he actually met many big streamers IRL and many of them recognized him, which marked the real beginning of his growth in the industry.

As he became more involved in the professional scene, he also started contributing towards the organizational side of tournaments and events, as well as casting at pro-tournaments. In February 2021, he announced that he would be shifting his focus to Valorant.

According to his Twitch chat bot, Ballatw has ~140 subscribers. As he regularly attracts over 1,000 viewers to his streams, his minimum monthly income should therefore be at least ~$490 USD per month. This excludes other revenue that he receives from tiered subscriptions, coaching fees, tips, team salary, Twitch cheer bit contributions, advertising, sponsorships and casting fees.

Inconsistent due to his professional commitments.

Ballatw, the man who does everything in Fortnite, tells his story link
I am Ballatw, caster and analytical/educational content creator + former high-level player. AMA! link
Interview with Ballatw - the gadget man of Fortnite link
The Leven Podcast #4 - Interview Ballatw on working for epic, improving viewing experience and more link
BallaTW explains BallaTW link
BALLATW EXPLAINS WHY HE IS SHIFTING FOCUS FROM FORTNITE TO VALORANT link
Ballatw’s Twitch chat commands link