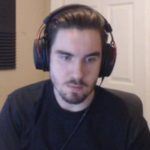 He has a brother and three sisters. He has a dog named Zoe.

When 72hrs was young, his family moved a lot, so he found comfort in gaming and exploring all of the different worlds that video games offered. He started streaming Dead By Daylight as a hobby in 2014.

People soon recognized his skills and he slowly developed a base of followers. This made him realize that he might be able to focus on a career has a streamer, and so discussed the possibility of dropping out of med school to pursue streaming with his father. His father agreed to a part-time basis. However, over time he realized that his viewership and interest in the game was waning and decided to switch to Fortnite in December 2017.

72hrs capabilities were soon recognized by cloakzy, who invited him to join FaZe Clan in March 2018. However, he left them for Team Liquid in June 2018.

He is estimated to have over 10,000 subscribers, which would generate him a monthly income of $35,000 USD prior to tournament earnings, his Team Liquid salary, sponsorships and tips.