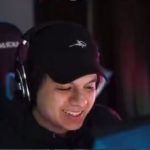 Apryze first attempted streaming Fornite on Twitch in April 2018 but dropped it after a while. He started uploading Apex Legends content to YouTube in June 2019 to celebrate hitting 30,000 kills. He then decided to make another go at streaming on Twitch in September 2019 after seeing how well his YouTube content was doing. He received Twitch partnership on March 25, 2020.

His language is very inappropriate.

He has a pit bull and a bulldog.

He streams daily at various hours.