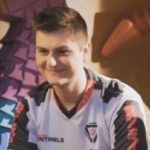 Animal started streaming in February 2018 in the hopes of making it in the pro-scene. He dropped out of college at the end of his second year of studying Finance in college. He was fortunate, as after only a few months, his team, TT, was picked up by the Sentinels to become their Fortnite team captain in July 2018.

However, in late 2021 stopped streaming and left Team Sentinels. He continues to compete, though.

According to his Nightbot, there are ~205 people subscribed to his channel. This should earn him at least $512 USD per month, excluding other revenue that he might earn from tiered subscriptions, team salary, tips, Twitch cheer bit contributions, advertisements, sponsorships and tournament winnings. Esportsearnings calculates his current tournament earnings to be at $65,850 USD.

Due to his professional obligations, he doesn’t have a set schedule.

He generally plays on Asian servers.