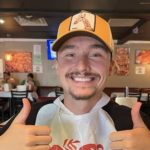 Working out and watching IRL football.

aircool dropped out of college to pursue a career in eSports.

aircool started streaming H1Z1 in 2016 and started playing Fortnite soon after its release. He then signed on with Overtime in February 2019 when his current team, Evade, was acquired by them. He then moved into their New York gaming house a couple of months later. He remained with them until June 2021, when he transitioned to Enterprise Gaming.

His channel is very inappropriate for kids.

According to his Twitch chat bot, aircool as ~2,830 subscribers.  This would net him a base monthly income of at least $7,075 USD. This amount excludes additional income that he receives from tiered subscriptions, tips, Twitch cheer bit contributions, advertising, merchandise sales, sponsorships, his team salary and tournament winnings. EsportsEarnings puts his total tournament earnings at ~$29,500 USD