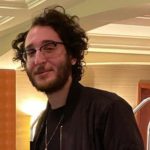 He named his cat "Naga" after the dog in Avatar: The Legend of Korra.

While he has in high school, ad9m spent most of his free time playing Counter-Strike.

ad9m joined FlipSid3 Tactics for a few months in 2017, before parting with them in January 2018. The next month, he and his teammates signed with SK Gaming.He remained with SK Gaming, until he switched to Obey Alliance’s Rainbow Six: Siege team in May 2018, but was only with them until October 2018 when Obey Alliance dropped their R6 team.

He left Obey in mid-2019 and then briefly joined Rise Nation in September 2019, but has since decided to stick with streaming.

According to his Twitch chat bot, ad9m has ~ 250 subscribers. This would net him around $512.5 USD per month. excluding revenue from tips, advertising, sponsorships and Twitch cheer bit donations.