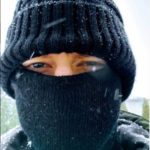 He has a dog named Pharah.

During his World of Warcraft days, he would often create new characters when he got bored with his name. One day, he was repeatedly pushing the random name generator, when he landed on ‘Akulight.’ He switched the letters around and felt happy with it, so it stuck.

After high school, Aculite went on to work as civilian data entry clerk at a police station. He left it after a year of content creation, when he realized that he enjoyed it more than his regular job. He didn’t attend college, because he wasn’t sure what he wanted to work in.

He decided to start uploading content to his YouTube channel as an outlet for his creativity in May 2014, with his first being a clip of his gameplay of the closed beta of Nosgoth. He was attracted to the idea of compiling clips of his good gaming moments and adding music to them as memories for him to look back on. He tried it out, found he enjoyed it and kept at it. Over time, his clips started attracting subscribers, so it developed into more of a hobby. IN 2017 he segued into full-time YouTube content creation and still only streams part-time.

He does swear occasionally, but not often.

According to Aculite’s Twitch chat bot, he has around 840 subscribers. This should earn him at least $2,940 USD per month. He would then receive even more from his tiered subscriptions, sponsorships, Twitch cheer bit donations, advertisements and tips.