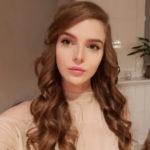 She moved out of her parents’ place in mid-2018. She also has two sisters, and two Scottish Fold cats, Nyx and Astraea.

A couple of years ago, she was trying to teach her baby cousin to say her name and that was the best pronunciation that it could do. Loeya liked it and so stuck with it as her user name.

Loeya grew up playing video games such as The Sims and League of Legends. She discovered Twitch through a friend when she was in high school. She loved the concept and decided to try making a career of it when she left high school. She started playing Fortnite in March 2018 during Season 3.

She is also currently studying Medicine.

Loeya started streaming Counter-Strike: Global Offensive on July 14, 2017, upon graduating high school. She switched to Fortnite a couple months later, and slowly started being noticed by the community. Her follower count only really started growing in April 2018, and her popularity has continued to grow exponentially since then.

Her parents were initially against her career choice, but are slowly coming round to the idea. She joined Fnatic in March 2021.

Loeya is estimated to have over 10, 000 subscribers, with an average viewership of ~2,500. This would earn her at least $35,000 USD per month. This excludes additional income from sources such as tiered subscriptions, merchandise sales, tips, Twitch cheer bit contributions, sponsorships and advertisements.

If there are any changes, she announces it via her stream title.