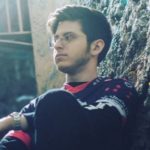 zombs started uploading his gameplays to his YouTube channel sporadically in January 2015. However, he started playing and streaming Overwatch during its closed beta and performed well enough to attract the attention of Team Liquid for a couple of months, before he decided to join FaZe Clan’s pro-team instead in March 2016. He briefly joined Team Liquid in 2017, before retiring from Overwatch.

In February 2018, he managed to lend a spot on Simplicity’s pro-Overwatch roster. He then started playing Apex Legends son after it came out in February 2019 and performed so well that in March 2019, he joined the Sentinel’s Apex Legends pro-team and made a name for himself in the Apex Legends pro-scene by achieving high finishes in several major tournaments.

In April 2020, he was included the Sentinels’ five-man roster for their inaugural pro-Valorant team.

According to his Twitch overlay, zombs has around 200 subscribers. Therefore, this would net him a base monthly income of $500 USD. However, this amount excludes his other earnings that he receives from tiered subscriptions, his team salary tips, Twitch cheer bit contributions, advertising, tournament winnings, merchandise sales and sponsorships. EsportsEarnings puts his total tournament winnings at over $74,000 USD.

Inconsistent due to his professional obligations.