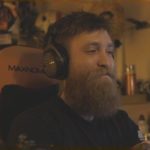 He and his wife have a cat named Oliver.

zironicdk’s first video game was Quake II which released in 1997, after which he went on to play othe fps games such as various Call of Duty and Counter-Strike titles, as well as world of Warcraft and a few other games.

He started playing Tom Clancy’s Rainbow Six: Siege (R6) in 2015 with a friend of his from Counter-Strike (CS) while R6 was still in its closed beta stage. However, neither of them were impressed by it and soon returned to playing CS. Nevertheless, they still decided to buy R6 when it was officially released in order t ogive ranked a one-week trial run. During that week, he played a game where he threw C4 at a wall and unintentionally killed two or three people as a result. This feature, as well as the high skill-cap, sold him on the game and he has been maining it ever since.

After high school, he worked as a firefighter for three years before going into construction work as a pipeliner for around 7½ years. He continued to work part-time as a construction worker until early 2019, when he was finally earning enough to transition into streaming fulltime.

During Year 1 Season 1 of competitive R6 in 2016, he received an invitation to join a pro-team he did so and then switched to a better team later on in the season. He also started streaming around that time.

This team got bought out by Playing Ducks, which marked his true entry into the international professional R6 scene. In 2017, he quit the pro-scene in favor of casting and becoming a Star Player for Ubisoft for the rest of that year.

zironicdk cast at his first event at the 2017 Summer Assembly in Finland and has continued to act as a caster and analyst at various events since then.