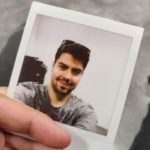 ‘Peke’ means ‘small guy’ in Spanish. He was already very tall from his early teens, so his classmates nicknamed him Peke. When he tried to use it as his handle in a game, it was already taken, so he put an ‘x’ in front of it.

As a teenager, he was introverted and spent much of his free tine gaming. It was only after he entered the pro-scene that he began to feel confident about being a gamer. he has played DotA and Heroes of Newerth (HON) in the past.

xPeke started participating in professional tournaments in 2010. In 2011, he achieved his first major vitory with myRevenge, which drew the attention of Fnatic, whom he joined in 2011. However, it was only when they came first in the 2013 EU LCS Spring Finals that he felt that he really became known in the gaming community.

In December 2014, he decided to create his own esports team, Origen. While it has at its ups and downs, they have achieved a decent number of victories over the years. Today, xPeke retains ownership of the team, but mainly keeps to a managerial role, while streaming on the side.

He and Cyanide have remained friends since their Fnatic days and still occasionally stream together. He stopped streaming on Twitch and uploading to YouTube in June 2020.