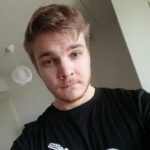 Cyanide played various fps games in his teens, before he discovered League of Legends (LoL) when he was around 14/15 years old.

Cyanide started participating in online LoL tournaments when he was 15 years old and participate in his first LAN when he was 16. Cyanide was approached to join Fnatic in 2011 where he remained for the remainder of his pro career. In December 2014, he decided to retire from pro tournaments to focus on fulltime streaming, as he felt that they were consuming too much of his life. However, from 2015 – 2017, he acted as a substitute for Origen, until he completely left the pro scene in 2017. While he has continued his streaming career since then, he has also become an eSports analyst, coach and caster. He tranisitioned to YouTube Live in early 2019.

He doesn’t have a set schedule. Due to his obligations as a caster and analyst.