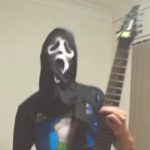 According to his Twitch chat bot, 'Music is important to Xisuma, so he took the word "music", turned it backwards and tweaked it to Xisuma.'

Xisuma played some fantasy-based fps games such as DOOM as a teenager, but later stopped after hearing about how they desensitize people to violence. After abstaining for a while, he realized that he was becoming more sensitive to watching violent acts in films and decided to continue staying away from fps games.

He started playing Minecraft in March 2010 after one of his friends recommended it to him. He originally used a pirated version, but went to buy a real copy after playing for a couple of hours because he was so impressed by it and wanted to support it. He and his IRL friend created a server called Geomine and started inviting people to it on forums, which is how he came to meet MuboJumbo and falsesymmetry.

While he was on that server, some other players directed him to various tutorial videos on YouTube. After making use of them for a while, he decided to begin uploading his own tutorial videos.

He started to upload music videos to his channel in May 2010 after experiencing an entrepreneurial set-up and needing an outlet.   upload videos to YouTube in September 2011 and would advertise them on various social media platforms such as Reddit in the hopes of attracting viewers and subscribers to his channel. His method worked and he slowly began to grow his channel. He eventually decided to transition to fulltime content creation after losing his job and feeling that he was earning enough from content creation to make it worth the risk.

In April 2012, Generikb created the HermitCraft server and invited Xisuma to join him, also giving him permission to invite his friends, which he did. Since then, he has been an active member of the community and now acts as the primary moderator for the server.

Xisuma began livestreaming on Twitch in November 2013 and received his Twitch partnership in April 2015. In August 2018, he reached 1 million YouTube subscribers.

His favorite colors are orange and blue.