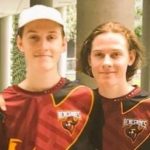 During highschool, they mainly played CS:GO and occassionally played other games such as PUBG and H1Z1. They became involved with Fortnite in 2017 and soon gained high rankings.

After high school, X2Twins decided to attempt careers in eSports and streaming in 2018. Their family were supportive of their decision, and even paid for their equipment. However, while their channel did slowly grow, it was only when Jesse won the Australian Summer Smash tournament in 2019 that their channel really took off.

In Mid-2018, they decided to form their own team, Twinsanity, as they were struggling to find other players who were at their level skill-wise to compete with them at LAN events and began seriously grinding in their aim to go pro. In mid-2018, htye also started occassionally competing and playing with Cizzorz and Fresh.

They received Twitch partnership in July 2018 and signed on with Renegades in August 2018.

They have ~500 subscribers, which would earn them ~$1,250 USD per month, excluding income from their tournament winnings, sponsorships, advertising, and tips. Jesse won $100,000 USD in the Solo Summer Smash, where he achieved 3/6 Victory Royales.

They have an inconsistent schedule, as their main focus is tournaments at the moment. They tend to stream several times a week for at least 5 hours a session, though.

Jordan is the older twin.