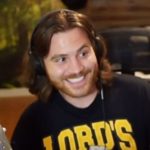 Keeping his body fit, watching anime, as well as IRL football and basketball.

He has two older stepsiblings and a niece. He also has a dog named Farley.

WillNeff was born in Manhattan but his family moved to Princeton, NJ when he was seven. He struggled during school due to his ADHD and dyslexia. As a child, he spent most of his summers alone at his parents’ house on Beaver Island, so he spent a lot of his time watching TV. This sparked his interest in storytelling. However, what got him into acting was when he took a Film course at his boarding-school high school in the hopes of getting close to a girl that he had a crush on. Fortunately, his teacher recognized his potential and recommend that he pursue film production as a career.

After high school, he interned at The Second City in Chicago for a couple of months on her recommendation. After that, he also attended college classes and eventually received a Master’s degree in Film from Elon University, after which he move to Hollywood, LA to try to make a career for himself.

Prior to streaming full time, he worked as an actor for Buzzfeed and then for The Young Turks.

He discovered Twitch through Hasan Piker when they were working together at TYT. Shortly after Hasan started streaming, he encouraged WillNeff to also try it out, as he felt that the platform had a lot of potential. After being nagged for a while, he gave in and decided to try it out after seeing what Hassan had accomplished. So, he set up his Twitch account on April 27, 2016 and started streaming soon afterwards.

According to his Twitch chat bot, WillNeff has around 2,600 subscribers, which should generate him a monthly income of at least $6,500 USD, excluding additional revenue from sources such as YouTube, tiered subscriptions, merchandise sales, Twitch cheer bit donations, tips, sponsorships, and advertisements.

He streams almost daily for around 7 hours per session.