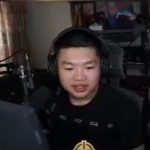 Working out and listening to self-improvement audibles.

He has two brothers.

He named himself in homage to basketball player, Stephen Curry.

Wardell joined Ghost Gaming’s inaugural Counter-Strike: Global Offensive (CS:GO) roster while he was at university and decided to pursue that instead, as he wasn’t sure what career path he wanted to follow anyway. He stuck with them for the better part of the next couple of years until Ghost Gaming decided to disband their CS:GO team in June 2019.

Wardell started streaming CS:GO in September 2019 in the hopes of being noticed by an organization. During that time, he and some other streamers formed a team called ‘Orgless’ which made it to 5th place in the Flashpoint Season 1 CS:GO league. However, although he was attracting a following, he was drawing an organization. He therefore decided to try out Valorant in April 2020. He performed well and this moved panned out, as he was signed with TSM in May 2020.

According to his Twitch chat bot, Wardell has around 7,500 subscribers. As he regularly attracts over  1,500 average viewers, this should generate him a monthly income of at least $26,250 USD, excluding additional revenue from tiered subscriptions, his team salary, tips, Twitch cheer bit contributions, advertisements and sponsorships.  EsportsEarnings estimates that he has won over ~$70,000 USD from various tournaments.

Wardell played AD Carry in League of Legends during season 3.