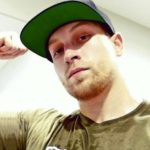 It is an abbreviation of his surname.

TSM_Viss started playing video games when he was a child. As a teenager, he moved on to shooter games and achieved high-rankings in games such as Halo 3 and CoD. In May 2015, he started uploading playthrough videos on both YouTube and Twitch and continued to do so with PUBG.

TSM_Viss began playing PUBG upon its release and was soon ranking in the top tiers for both solo and duo plays on the NA circuit. This earned him a steadily growing following, although it was hurt slightly by Fornite. In 2017, he gained enough subscribers to become a full-time streamer and signed with TSM in the middle of that year.

TSM_Viss is estimated to have at least 2,000 subscribers. This would generate him a monthly income of between $5,000 - $7,000 USD, prior to income from sponsorships, advertising, his TSM salary, tips and merchandise sales.

He doesn’t have a set schedule, but he streams almost daily for between 3 – 11 hours.