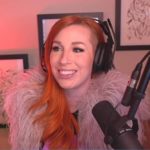 Reading books and playing board games.

She and Datto have been married since 16 October ,2020. She also has an older sister.

It was an email account that she created when she joined every possible frequent flier mile program that she could in the hopes of raking up points, as she didn’t want her real account to be flooded with spam. She then started using it for her other accounts because it was easy to remember.

TravelDanielle grew up playing very few video games, as her family didn’t have any console, and only had a few PC games, such as the original Civilization and Command & Conquer. However, she was never seriously into gaming during her teen years.

It was her now ex-husband who introduced her to the Destiny beta on his Xbox One in 2014. She decided to try it out because of her love of sci-fi books and fell in love with it. It took her a while to get the hang of aiming, though.

She only later became aware of Twitch and the streaming community when she was searching for news of the Destiny 2 launch. She originally discovered TheJ3z’s YouTube channel and started binge-watching his content. She kept hearing about Twitch on the videos and decided to look into it.

She first joined Twitch in September 2017 for the sole purpose of watching Destiny 2 streams, especially those of Th3Jez. She was actively engaged in his chat and became friends with him and some members of the community over time.

Prior to becoming a fulltime streamer, she worked as a video producer for ten years. Her last position was as a senior producer for advertising.

When Th3Jez got engaged, his community sent in congratulatory clips and he felt that she had a good camera presence and encouraged her to try streaming. Although the though terrifies her, she decided to try it out anyway in around March/April 2018. She found she enjoyed it and kept it up.

She received Twitch partnership in September 2019.

According to her Twitch chat bot, she has around 315 subscribers. This should earn her at least $785 USD per month, excluding additional income from sponsorships, tiered subscriptions, donations, casting fees, Twitch cheer bit contributions, and advertisements.

She doesn’t have a set schedule, but usually streams on Monday, Tuesday, Thursday and/or Friday from 02:00 UTC onwards. 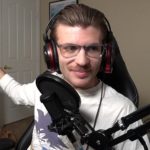 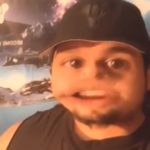 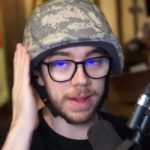