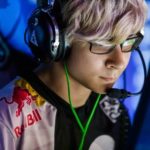 TenZ started playing CS:GO during middle school. He enjoys challenging himself, so once he was good enough, he moved on to MDL, then ESEA. Around that time, Rank G and Rank S were released, so he then started grinding up to ten ups a day towards achieving Rank S.

He fist attempted streaming in November 2015 but didn’t really get into it until November 2017.He received Twitch partnership in July 2018.

TenZ started competing in local LAN events and online events in 2017 and slowly grinded his skills. He then got his real start in the MDL in early 2019, where he performed well enough to attract the attention of Cloud9, who signed him on to their CS:GO team in July 2019, a week after he graduated from high school. However, he only remained on their main roster until October 2019, and then later transitioned to becoming their first pro-Valorant player in April 2020. He then left the organization in January 2021. He has been with the Sentinels since March 2021.

According to his chat bot, TenZ has around 4,300 subscribers. As he regularly attracts over 20,000 viewers to his stream, his base monthly income should therefore be at least $15,050 USD, before taking into account further revenue received from tiered subscribers, his team salary, tips, Twitch cheer bit contributions, tournament winnings, advertisements and sponsorships.