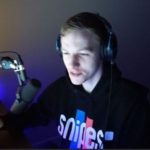 Working out and beat-boxing.

He has two brothers and a sister.

Skadoodle grew up playing console video games, as well as participating in track and field and bike racing. In his teen, he discovered Alliance of Valliant Arms (AVA) on the PC, which whet his thirst for competitive fps games.

Prior to becoming fulltime pro-player, he worked for his father as a framer.

Skadoodle competed with DefkoN in December 2010 and won the IeSF Grand Final of the A.V.A World Championships in Korea. However, there wasn’t much financial stability for pro-gamers at that stage, so he went on to attend college and work part time after high school. He continued to play in tournaments during that time.

In 2012, Skadoodle decided to switch to CS:GO as soon as it was released, as he felt that it offered more of an opportunity for him to become a pro-player than A.V.A did. Initially, he didn’t enjoy the game, but he continued to play it until patch updates eventually brought the game up to the high level of competitiveness and strategy that kept Skadoodle hooked on the game for so many years.

He and a few former Call of Duty players joined together to form Hold Mouse One. Their team performed well, and they soon gained recognition among the Counter-Strike community. This got them signed on to Team curse.

In September 2013, he dropped out of college to join iBUYPOWER as a fulltime player. In January 2015, his team was banned from competitive play. As Skadoodle was still permitted to compete in the league as an individual player, he took Cloud9’s offer to join their roster in April 2019.  He has stated that it was only once he signed with Cloud 9 that he was really able to focus on CS:GO as a fulltime career, due to their paying their players aa monthly salary.

Skadoodle retired from pro-gaming in October 2018, as he was feeling burnt out after finally achieving his goal of winning majors. He now focuses on his streaming career, while continuing to support Cloud9. He has since moved on to stream other games as well.

In December 2020 he signed on with T1's pro-Valorant team.

According to his Nightbot, Skadoodle has ~1,690 subscribers. This means that he earns at least $4,225 USD per month, before taking into account the additional revenue that he earns from sources such as tiered subscriptions, advertisements, Twitch cheer bit contributions, and donations.

While he doesn’t have a set schedule, he tends to stream daily for between 6 – 9 hours per session.