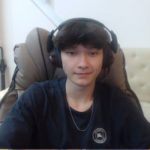 Scuba-diving and playing the clarinet.

Although they were originally concerned about his career choice, they came around once they realized that he could earn a good living from it.

Sinatraa started playing video games with his brother when he was around five years old. The first game that he remembers really enjoying was Jack and Daxter on their PlayStation 2, with his main game being Halo 3 while he was growing up.

Aside from video games, he also played baseball for six years during middle school and high school but stopped when he dropped out of school during his junior year in 2017.

His mom only allowed him to play video games as long as he kept his grades up and she stayed true to her promise once, by taking his Xbox away when he failed to perform decently. He first started dreaming about becoming a pro-gamer when he was around 12 years old, but only really started thinking that it might be feasible when he was 14 years old and began ranking high in Counter-Strike.

His big break came later that year, when he represented North America on Team USA at the 2017 Overwatch World Cup. This got the attention of bigger teams, and he went on to sign with San Francisco Shock for $150,000 USD per season during the inaugural season of Overwatch League (OWL) in September 28, 2017. However, he had to wait until he was eighteen to be able to legally compete in the OWL.

Upon signing with the team, he moved into SF Shock’s house with his other teammates, where he spends between 8 – 12 hours a day training. However, he left the organization in April 2020 when he decided to retire from Overwatch in order to pursue professional Valorant instead. He joined Sentinels' Valorant roster that same month.

According to his Twitch bio, he has received ~$11,500 USD from his top five donators alone and EsportsEarnings puts his total tournament winnings at over $160,000 USD from various tournaments. He also earns $150,000 USD per season from SF Shock.