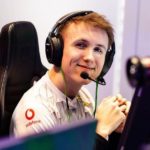 ropz was introduced to the Counter-Strike franchise by his older brother when he was in first grade at seven years old. He was also introduced to RuneScape at that time and spent many hours playing both of them while he was growing up. He took a break from CS after 1.6 lost its popularity and played Call of Duty and H1Z1 instead. However, he eventually got back into CS after CS:GO a while after it was released.

CS 1.6 still remains his favorite title, though and he still plays every now and then.

He was first inspired to attempt a CS:GO career after he began watching n0thing’s fragmovies and competed in his first LAN event at BYOC Estonian in 2015. After that, he continued participating at various tournaments and slowly gained a name for himself.

ropz’s professional career really started taking off when he briefly joined the OnlineBOTS in 2016. However, the team disbanded soon afterwards after performing poorly in their first couple of events together. So, he opted for playing FPL Challenger instead in the hopes of qualifying for the finals. It was also around this time that he started streaming on Twitch. His efforts paid off, as he wound up winning the event in January 2017, which then opened up the opportunity for to compete at Faceit HQ in London in March 2017. His success at that event gained him wider attention and he was signed on with mouseports in April 2017.

Prior to joining mouseports, he had received an offer from Team Liquid. The management team had even met with his parents and explained how esports worked to them. This helped him, as it made them more open to allowing him to fly across the world to compete in tournaments, even though he was still in the process of completing high school at the time.

One of the factors that influenced his decision to choose mouseports over Team Liquid was that it was important to him and his parents that he complete high school before pursuing a fulltime career in esports. He has managed to maintain the balance and has gone on to win many international tournaments since then. He stopped streaming in April 2020.

Inconsistent due to his other commitments.