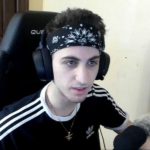 He has a couple of brothers. His parents have always been supportive of his content creation.

In 2006, Replays started playing Mario Kart on the Nintendo 64. However, he feels that he only really started playing video games when he was a round eleven years old when he was introduced to Counter-Strike on the PC. A couple of years later, he received an Xbox as a gift and began playing Halo and other fps games on it. By 2009, he was invited to participate in professional CoD tournaments.

In 2010, he got into trick-shotting in CoD and continued to main various CoD titles until he switched to Fortnite late 2017.

As his skills improved, he slowly joined better and better clans which helped him to be noticed by professional teams and players. This eventually led to his being invited to join SoaR in June 2013.

Replays started uploading his CoD montages to YouTube in January 2013, with the goal of accumulating as many subscribers as possible to his channel. He did so, because that was the popular thing to do at the time and gained followers pretty quickly due to his already being well-known in the CoD community. However, he enjoyed it so he has been continuing to upload YouTube content, which led to his beginning to stream his content later on. By April 2014, he had accumulated 15,000 subscribers. He then left SoaR for FaZe Clan in January 2015.

His college application was rejected, so he decided to focus on his content creation when he left high school. He has continued to create videos and live streams ever since.

His channel is not family friendly.