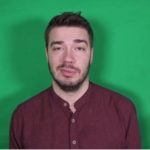 He is a single parent to two sons.

When he was in his early teens, he used the tag ‘RedRum.’ However, he noticed that it was pretty popular, so he changed it to ‘RR.’ People used to guess it’s meaning and one of his friends suggested RandomRambo. He liked it, so he adopted it when he needed to change his tag again.

RandomRambo has been playing video games since he was a baby, when his older sister would put him on her lap and make him play with her. They played games such as Dune and Dune II and Police Quest. By the time he was three years old, he was able to play Raptor: Call of the Shadows and Dune II by himself.

When he was older, his parents divorced and his mother bought a new PC and video games for them, including Darksiders, which was his favorite game for a while. When he was older, he moved on to Diablo II and Starcraft, as well as various PlayStation games. His dad and relatives would send him video games for his birthday, so he was able to play a wide variety of games.

One day, he came home from school and asked his mom to get him a better PC and she agreed. He was then able to start playing Counter-Strike: Global Offensive. From fourteen years old, he began to aspire towards becoming a pro-player and he dropped out of school when he was in the eighth grade. His mother was unimpressed with him but gave him four years to make his dream come true.

It didn’t really work out for him, so he became a pro-poker player and completed a high school equivalency course.

In 2012, he started playing Diablo III upon its release and also began watching streams about it. He mentioned to his mom how he wished that he had started streaming when he had been playing video games for 8 – 14 hours a day when he was in his late teens. She encouraged him to try it out anyway, so in January 2013, with the consent of his wife, he decided to give himself a year and a half to attempt a streaming career. He also wanted to have a way to share his in-game achievements with others. It worked out for him and he has been streaming ever since.

RandomRambo has around 1,800 subscribers, with an average viewership of ~300. This should earn him at least $5,040 USD per month, excluding additional income from tiered subscriptions, merchandise sales, donations, Twitch cheer bit donations, sponsorships, and advertisements.