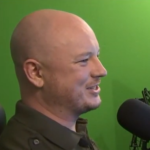 He married his wife in 2016 and they have a Labrador called Pepper. His younger brother is Teawrex and they also have a younger sister.

He is the co-owner of Kings Coast Coffee.

Prior to streaming professionally, he used to take care of adults with various physical disabilities, and the desire to raise funds for a charity is what originally motivated him to start streaming. He had been inspired by a streaming marathon called the ‘Hurricane Sandython’ and so joined the speed-running streaming community.

ProfessorBroman then found the Borderlands 2 speed-running community together with his brother, and started streaming on Twitch in January 2013. From there, his popularity grew until it reached the point where he decided that streaming was a viable career path and switched to that, although that had not been his original intention when signing up for Twitch. His real big break came when he, KingGothalion and TeaWrex decided to attempt a world first when Destiny 2 was released. Despite the fact that they only achieved seventh, it established him in the Destiny community, which he went on to stream as his main game for the next couple of years until he returned to variety streams.

As his channel grew, he ensured that he didn't lose sight of his initial objective in starting to stream and founded GuardianCon as an annual event for streamers to meet up with their fans and play video games to raise money for various charities.

His language isn't always so clean.

ProfessorBroman currently has 4,100 subscribers, as well as an average viewership of ~1,010. This should earn him at least $14,350 USD per month, excluding additional income from sponsorships, tiered subscriptions, tips, Twitch cheer bit donations, merchandise sales and advertisements.