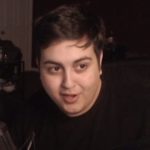 He is close to his mom and occasionally includes her in his streams. He has a couple of sisters.

Pokelawls is very careful not to reveal any personal information.

Pokelawls uploaded his first video to YouTube in May 2006, but only began uploading regular content in September 2013. He set up his Twitch channel June 5, 2010 and began streaming in late 2011. Although he initially made a name for himslef as a League of Legends and then Overwatch player, he has since evolved into a variety streamer.

He and his girlfriend started dating in late 2018.

According to his Twitch overlay, Pokelawls has aroud 6,850 subscribers. As he regularly attracts over 7,000 viewers to his streams,  this should earn him at least $23,975 USD per month, excluding additional revenue from sources such as tiered subscriptions, tips, sponsorships, advertisements, merchandise sales and Twitch cheer bit contributions.

According to his Nightbot, pokelawls, ‘tries to go live everyday, start time is random but best way to know when [he will] stream is if you add 8 hours after [his] latest stream + a few more hours for me to get ready, that’s when the next stream is.’