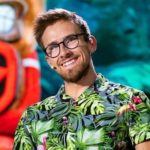 Cycling, running and working out.

He has a sister and a nephew.

PimpCSGO first got into Counter-Strike (CS) with CS: Source in 2008. When he was around eleven years old, he played a lot of handball and football competitively. However, when he discovered CS, he lost interest in sports and dedicated most of his free time to grinding CS instead.

He entered the pro-CS: Global Offensive (CS:GO) scene when he turned eighteen as part of Anexis and then with the Danish team Western Wolves, with whom he really made a name for himself. However, the team disbanded in in August 2013 after two of its members decided to go into retirement. The following month, he was picked up by the Copenhagen Wolves to replace one of their members, however, in December 2013, the organization announced that it would be dropping out of CS:GO for the next year.

He then joined Team Dignitas in January 2015 and was with them until November 2015. After that, he joined Team Liquid in June 2016 and remained with them until March 2017, when he was benched with the hopes of being transferred. However, he wasn’t picked up and officially left the team in September 2017. He then rejoined Team Dignitas as part of their stream team in January 2018. However, he then dropped out of streaming and Team Dignitas in March 2019 due to losing his father. He later returned to fulltime streaming and casting but has remained independent.

He originally started streaming on Twitch in August 2015.

According to his Twitch chat bot, Pimps_CSGO has around 5,550 subscribers. As he frequently attracts over 2,000 viewers, he should be minimally earning around $19,425 USD per month. This  excludes further income received from tiered subscriptions, tournament winnings, sponsorships, merchandise sales, advertising, casting fees, Twitch cheer bit donations and tips.