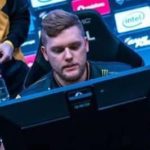 He and his wife have been married since September 2016 and have five dogs and a cat. He also has two older brothers and a younger brother.

nitr0 started playing computer games when he was two years old, with his first game being Freddi Fish. He continued gaming as he was growing up, but also played IRL baseball and basketball for his school teams. He got into Counter-Strike while he was in high school and would play whenever he had free time outside of his school, work and family commitments.

He tried out Valorant’s beta for a month in March 2020 but then returned to CS:GO. However, he decided to give it another try in July 2020 and quickly fell in love with it.

He first started competing in online tournaments in June 2014 and was soon ranking high consistently enough to attract the attention of joined Team Liquid who signed him on January 13, 2015 as part of their inaugural CS roster. He dropped out of college to attend his first tournament in Sweden and then moved to the Team Liquid gaming house. His girlfriend and mother were highly skeptical at the time, but eventually came around.

He remained with them until August 1, 2020 when he decided to pursue Valorant instead. This decision came a couple of months after he chose to bench himself after realizing that roster changes would be necessary for Team Liquid going forward. Two week’s later, he was signed with 100 Thieves’ pro-Valorant roster.

He started streaming on Twitch in June 2014 and only started his YouTube channel in August 2020 when he joined 100 Thieves' Valorant channel. He left 100 Thieves in December 2021 because he wanted to return to CS:GO..

According to his overlay, nitr0 has around 280 Twitch subscribers. Therefore, should be earning at least $980 USD per month. This excludes additional revenue that he gets from tiered subscriptions, tips, team salary, Twitch cheer bit contributions, advertising, tournament winnings and sponsorships. EsportsEarnings puts his lifetime winnings at over $920,000 USD.

He doesn’t have a set schedule but does tend to stream a few days a week.