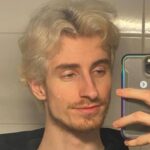 neokCS has been playing CS:GO since 2015 and was soon addicted. After putting in many hours, he began competing on Faceit and ESEA.

After high school, he went on to work in marketing. He quit in 2019, but still works part time.

Although he uploaded his first video to YouTube in October 2013, he didn’t upload his next until May 2016. From then on, he began to upload content more regularly. However, he only started streaming on Twitch in June 2019 and grew fast enough to receive Twitch partnership a year later.

According to TwitchStats, neocKS has around 350 subscribers. This means that he should be earning at least $260 USD. However, this doesn’t take into account the main revenue he receives from tiered subscribers, his coaching fees, sponsorships, Twitch cheer bit donations, advertisements and tips.

It varies, but he tends to stream several times a week.

Focusrite Scarlett 2i2
Tweets by @CsNeok