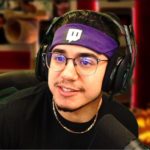 He and his wife have a daughter who also plays Fornite, as well as two cats. He also has a couple of sisters.

According to his chat bot, "MonsterDface got his name from the graffiti scene. Monster for being a beast at the cans, and Dface for defacing property."

Prior to streaming full time, he completed his college degree and then worked part-time as a Recess School Teacher.

MonsterDface’s streaming career started out when he decided to submit a clip of his Battlefield 3 gameplay to Machinima in the hopes of getting onto their Top 10 list. He found that he enjoyed creating content, which inspired him to continue streaming, and he went on to invest in a gaming PC and to set up a channel on Twitch in March 2012. He grew so quickly that he was partnered within a couple of months.

At the time, he mainly focused on Skyrim and Dark Souls. However, his channel only really took off when he began creating Clash of Clansmobile content in late 2012, as he was one of the first streamers to do so. This remained his main game until he switched to Fortnite as soon as it released in September 2017.

Although he had started out as a PC streamer, he decided to create cross-platform content when hetransitioned to maining Fortnite as he wanted to explore the way in which Epic Games implemented the same mechanics across the various platforms. In 2018, he had finally gained enough supporters to stream and cast fulltime.

His main focus has always been to help other players improve their own gameplay. He tries to keep his language and channel family friendly.

Although he doesn’t have a set schedule, he tends to stream daily for between 3 – 7.5 hours per session.

just take [criticism] with a pinch of salt. Listen, but don't ever break away from your mold. Continue to make your own mold and to be your own voice. 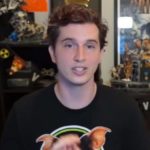 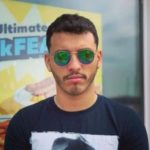