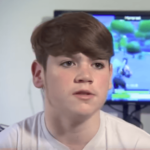 He currently lives with his parents and his older brother is in university.

Mongraal has been playing video games since he was very young and was already playing competitive Halo and CoD by the time he turned ten. He originally got into Battle Royale games with H1Z1, but switched to Fortnite when it released in 2017.

His parents were supportive when he ventured into the pro-scene, as he was careful to ensure that he kept up his grades.

Mongraal became the youngest professional Fortnite player when he was partnered on Twitch and joined Team Secret when he was thirteen-years-old in July 2018. He remained with them for a year, at which point he transferred to FaZe Clan in July 2019, in the lead up to the Fortnite World Cup.

No set schedule, as he is still in school. He usually streams for around 2 – 4 hours at a time.