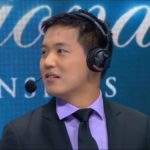 His parents don’t really care what he does for a living, as long as he is self-sufficient. It took a few years for his mom to fully come around to it, though.

He made up Merlini for his female DE magician in EverQuest when he was in the 7th Grade.

Prior to streaming fulltime, he completed his Bachelor of Science degree in Biomedical Engineering from Duke University and then went on to work in trading for a few years.

He joined Meet Your Makers’ (MYM) DotA 1 team in 2006 along with Maelk, Hanni, Levent, and Mania and remined with them until 2009 when he switched to Evil Geniuses. However, he only remained with them for a couple of months before moving to Nirvana.Int in august 2009, where he remained until he retired from DotA 1 in June 2010. His main motivation for quitting was the lack of financial viability that a professional DotA offered at the time.

He decided to quit his job to attempt streaming his Dota 2 gameplays fulltime for a few months in October 2012 in the hopes that it would work out after a couple of his friends encouraged him to try it out. Fortunately for him, it did. He also casted at a few tournaments between 2013 - February 2018. He stopped streaming consistently in August 2021, and very rarely streams now.