According to his Twitch chat bot, "Mcanning" is actually the username of Chris' older brother, Matt. So, Chris took over his brother's SC2 account and also used to play under the name "Matt" before "Mcanning."

Mcanning started uploading StarCraft II (SC2) content to his YouTube channel and streaming for fun in June 2011 during the Wings of Liberty expansion. Aside from video games, he also played a load of baseball during his high school and college years. However, in January 2012, he stopped producing YouTube content as he switched over to Heroes of the Storm upon its release, and then went on to play other games as well, such as League of Legends and Counter-Strike: Global Offensive.

This changed a couple of years later when he tuned in to MaximusBlack’s stream one day when he was playing a game of SC2. After about a month of watching the occasional Protos stream, MCanning decided to give SC2 another try and started playing it again in June 2014.

He returned to streaming in November 2014 and his Twitch stream slowly grew. However, this did take a few months of daily streaming before he moved passed 10 viewers per stream. By August 2016, he was averaging 160 viewers.

Then, upon graduating from university in December 2017, he went straight into fulltime streaming to see how it would go. His parents were supportive of his decision but would still have preferred for him to pursue a more traditional career path.

He has a twin brother.

According to his Twitch overlay, MCanning has ~665 subscribers. As he averages ~250 viewers per stream, this would earn him at least $1,660 USD per month. This excludes additional income received from tiered subscriptions, merchandise sales, tips, Twitch cheer bit contributions, advertisements and sponsorships.

[Do gain viewers,] you need to be unique and entertaining. You gotta do what you can do. And maybe the reality is you won’t get a ton of viewers. But maybe you’re ok to streaming for viewers or three viewers… You’ve just gotta maybe find something that separates you. Maybe that’s hard, you may be like, ‘I don’t really have anything that separates me. I havea hard time talking while the game goes on.’… You know I’m gonna be honest… basically, there are categories of what viewers will watch…. There are people out there who will only watch 1v1s. So, if you only play 2v2s, there are a decent number of people out there who will never clock on your stream… There are people who are only going to watch Grandmasters… Everyone has their own checkmarks of what they will watch. 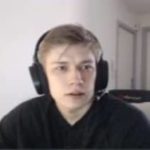 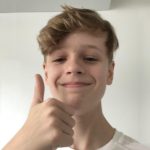 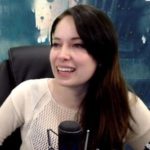