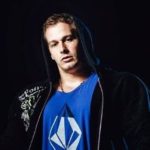 He has a dog named ‘Kai,’ as well as a bunch of nephews and nieces.

He originally used the name ‘Lobanja’ because it was the name of the account that his brother gave him. However, when his brother decided to return to CS:GO he wanted his name back, so Lobanjicaa altered his name a bit.

Lobanjicaa started playing video games in arcades when he was a child and played CS:GO casually while he was in his mid-teens. However, when he was sixteen, he stopped gaming altogether when he seriously got into breakdancing and bodybuilding.

He went on to become a professional break-dancer and even performed on Ja imam talent and as a background dancer for Rambo Amadeus at the 2012 Eurovision song contest. However, although his career was finally taking off, he started experiencing knee problems and required a knee operation. While he was waiting to recover, he needed to find something else to occupy his time and so he returned to playing video games in his free time.

He only returned to CS:GO in 2015. His older brother then introduced him to Faceit and allowed him access to his account. He soon became addicted and created his own account.

He streams part time, after his fulltime IRL job as an Ad Trafficking Manager.

This channel is not appropriate for children.

According to his nightbot, he has ~210 subscribers, which should earn him ~$525 USD per month. This is before he receives additional income from tiered subscribers, tournament winnings, donations, Twitch cheer bit donations, sponsorships, and advertisements. He is estimated to have earned over $61,000 USD from various tournaments. According to his Twitch biography, he has earned over €3,886 (~$4,319,80 USD) from his top 20 donations alone.