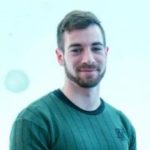 He has a brother and two dogs.

‘KYR’ stands for ‘Know Your Rank,’ while ‘Speedy’ was his uncle’s nickname.

KYR_SP33DY was on his high school basketball team and originally dreamed of pursuing a pro basketball career. Even though he was well known through basketball he was still pretty shy, as he felt that high-schoolers could be very judgmental. However, he still felt that he needed an outlet to express himself and decided to try out YouTube when he was in his junior year. He just did it for fun and was surprised when he started gaining a large number of followers when he was in his senior year of high school in 2010.

Although it wasn’t mainstream to become a YouTuber at the time, KYR_SP33DY decided that it would be more worthwhile to pursue a career as a YouTuber than to accept the d3 college basketball scholarships that he had been offered. He also didn’t feel the same drive towards sports at the time and felt that he would rather focus on something that he found creative and enjoyable. Even though his family would have preferred him to pursue his basketball career, they were still supportive of his decision.

However, he did still attend Penn State university; it just wasn’t on a scholarship. This is likely due to the fact that although he did have followers, it was not on a large enough scale to risk it without a backup plan.

His YouTube channel really started growing when COD: Modern Warfare 3 released in late 2011. He had reached 50 million monthly viewers at that stage and wasn’t particularly interested in his degree in Environmental Geography. Once he had convinced his parents to allow him to drop out with statistical proofs and promising to return if it didn’t work out after a year. However, it did work out and KYR_SP33DY has been streaming fulltime ever since.

He has ~4,600 subscribers, which should net him a monthly income of at least $11,500 USD per month, excluding tiered subscriptions, sponsorships, tips and Twitch cheer bit contributions.

KYR_SP33DY doesn’t have a set schedule.