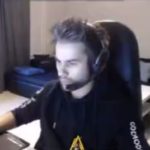 kRYSTAL started playing Counter-Strike: Source when he was 11 and started competing in LAN tournaments in 2011.

He uploaded his first YouTube video in March 2008. He started streaming on Twitch in March 2016.

He was on Sprout from December 2017 – May 2018 and then immediately did a trial run with Imperial. He joined them officially in June 2018, but this was short-live, as he was benched a month later. He and a group of other pros banded together to form NoChance in December 2018 with the hopes of making it to the Starladder Minor and being signed with a real organization. They managed to get signed with Godsent in November 2019. He has not really streamed since April 2021.

According to TwitchStats, kRYSTAL has around 225 subscribers. This should  earn him at least $652.5 USD per month, excluding additional revenue from other sources such as tiered subscriptions, sponsorships, Twitch cheer bit donations, team salary, tips, and tournament winnings. EsportsEarnings puts his winnings at over $115,000 USD.

he doesn't have a set schedule.