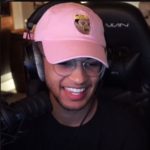 He and his two siblings were raised by their maternal grandparents.

JordanFisher studied gymnastics from the age of two and was competing in and receiving gold medals in professional tournaments by the time he was ten-years old. In addition to gymnastics, he also studied the guitar, piano, drums and bass, and also taught himself to dance over the years. In the fifth grade, he joined the drama club in order to impress a girl that he had a crush on. He fell in love with acting and so transitioned from gymnastics to acting.

In his early teens, he started performing with a musical theatre company. From there, he was cast on several TV shows and in 2013, he starred in a supporting role in Teen Beach Movie, as well as contributed music towards it. This marked the real beginning of his career in the performing arts.

Since then, he has gone on to release his own album with Hollywood Records in August 2016, lend his voice talents to the She-Ra reboot and act in Fox’s rendition of Rent: Live! He has contributed to a number of other projects including acting in Hamilton and providing his vocal talents to the Until Dawn video game.

He is engaged to his long-term girlfriend.

According to his Fossabot, JordanFisher has ~ 1,785 subscribers. As he generally has around 600 viewers per stream, he should earn at least $4,462.5 USD per month, before additional income from sponsorships, tiered subscriptions, tips, Twitch cheer bit donations, merchandise sales, advertisements and his professional income from his various performing arts projects.

He doesn’t have a set schedule due to his professional commitments, but he tends to stream almost daily for between 3 – 12 hours per broadcast.