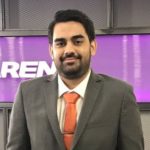 JoeFernandes123 was introduced to World of Warcraft (WoW) by watching his brother and his friends. He then watched some WoW YouTube videos and thought that the Warrior class looked interesting, so he decided to try it out. He loved it and has been maining that class ever since.

He briefly joined SK Gaming in October 2015 to compete at the WoW BlizzCon Championship, which his team went on to win. After streaming and competing in occasional matches with other teams after that, he decided to retire from professional WoW to focus on streaming as well as on casting and analyst work.

He has been a member of Fade to Karma’s stream team since November 2019.

Although he doesn't have a set schedule, he tends to stream for a few hours on most days.

His birthday is on November 21st.