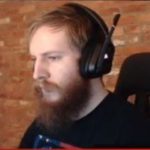 He has a younger brother and a sister.

Its_Iron started playing fps games around 2005, with his first fps being Halo 2 on the Xbox. From there, he moved on to Call of Duty: World at War and then on to other titles in the franchise, as well as other fs games such as Destiny. His first battle royale game was Player Unknown’s Battleground, which he began playing as soon as it released for the Xbox in September 2018. He fell in love with it and grinded it seriously until he managed to reach 2nd for both solo and duos on NA in tps.

He started streaming in late January 2019 when he bought himself a powerful gaming PC. His channel really started gaining viewers after he managed to be the first player to hit 1,000 kills in Call of Duty: Warzone’s battle royal mode in May 2020. He jonied TSM in August 2021.

Its_Iron's birthday is on March 2nd.