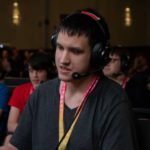 He came up with it when he created his Roblox character.

illumina1337 started uploading Civilization videos to his YouTube channel in May 2013. In September that year, he switched to Minecraft speedrunning content after watching Setosorcerer’s speedrunning attempts and becoming inspired to attempt his own runs. However, it was only in 2015 after discovering Japanese speedrunner, tarokitchen, and watching his content that he became motivated to take speedrunning more seriously.

His big break game for him after he appeared in the 2019 SGDQ for a Minecraft Any% Random Seed Glitchless run. Since then he has managed to maintain a dedicated fanbase to his streams.

According to his Twitch chat bot, illumina1337 has around 1,160 subscribers. As he usually attracts over 4,000 viewers to his streams, this should generate him a monthly income of round $4,060 USD. excluding revenue from tips, tiered subscriptions, advertisements, sponsorships and Twitch cheer bit donations.