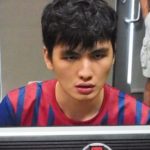 It was inspired by ‘Ice Ice Baby’ by Vanilla Ice.

Iceiceice used to play Warcraft III but moved on the DotA 1 soon after it released. However, his competitive spark was really ignited when he started playing StarCraft II.

iceiceice has been participating in pro tournaments since DotA 1, where he was part of teams such as MVP, Aeon SG and Kingsurf. However, he originally started out as a pro StarCraft II  player. He was one of the few pro-players who was invited to the very first Dota 2 tournament, namely The International Dota 2 Championships, in 2012. He and his teammates came third in that tournament, winning $150,000 USD in the process.