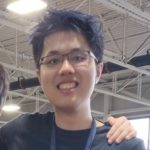 'Envy' was his favorite character in the original Full Metal Alchemist anime, so he integrated his name into his gamertag.

EternaLEnVyy started playing DotA when he was 14 years old. However, it was not his only focus, as he also played StarCraft 2, Heroes of Newerth and other titles. He was inspired to attempt a career as a professional gamer after he watched Jaedong’s performance int the StarCraft 2 finals and declared his intentions to become a pro-DotA player on the Team Liquid forums in December 2011, even though he didn’t have the experience to support his declaration. He got a lot of flack for his comment, but still continued to pursue his goal.

Prior to streaming full-time, he was studying Engineering Science at the University of Toronto. However, he dropped out in April 2012 during his second year to pursue a pro career in Dota 2. This was when he finally received his beta key.

EnternalEnvyy had to wait a few months after dropping out of school before he received an offer to join No Tidehunter in September 2012. The team performed well, winning there first tournament with him on the roster only a couple of weeks later, and then again in the DreamHack Winter tournament in November that year. However, he only remained on the roster four a few months, and has changed teams many times since then.

His parents were initially very against his decision to go pro at DotA and even nearly kicked him out of the house when he first broke the news to him. They have since come to accept his decision, most likely due to his success in his chosen career path. It took them a couple of years, though.

He doesn’t have a set schedule but tends to stream daily for between 2 – 8 hours per session.