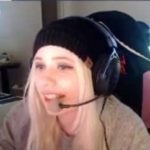 emuhleet grew up playing video games, with her first being GoldenEye on the Nintendo 64, which she would often play against her brother and his friends. Outside of gaming, she also played football while she was growing up. In 2005, she discovered Counter-Stroke 1.6 and started competing in LAN events later that year. She continued doing so until 2009 when she entered college.

After high school, she went on to study nursing at Riverside City College and then Summit worked at Summit Career College. She then went on to work as Head Nurse at the Passages Addiction Treatment Centers in Malibu for a couple of years. However, she now works part time as a regular full-time nurse so that she can focus on her streaming and esports career.

She started streaming CS:GO on Twitch in December 2013. In 2014, she formed an all-women CS:GO team called Team Karma to compete in the Electronic Sports World Cup in Paris, France. This was the first time that she had played on a non-mixed team. Her team placed second at the event. They then competed at the Copenhagen tournament where they placed first. This inspired her to continue pursuing professional esports. Their team was then taken on by Selfless Gaming in mid-2016.

They again changed hands in February 2017, when Team Dignitas signed them on as their first-ever all-female professional CS:GO team.  and has been the team captain ever since. The team got into the Valorant closed beta two months before its official release and in May 2020 they announced that they would be competing in Valorant as well.

She tries to keep her chat and channel family friendly.

Her husband and parents are very supportive of her gaming aspirations. In fact, she and her husband even met when he offered to coach her team for their first international tournament in 2014. She also has a brother and a cat.

According to her chat bot, emuhleet has around 110 Twitch subscribers. Therefore, this should give her a base monthly income of around $275 USD. This excludes additional earnings from sponsorships, her team salary, tournament winnings, tiered subscriptions, Twitch cheer bit donations, advertisements and tips. EsportsEarnings places her total tournament winnings at over $28,500 USD.

She doesn’t have a set schedule.